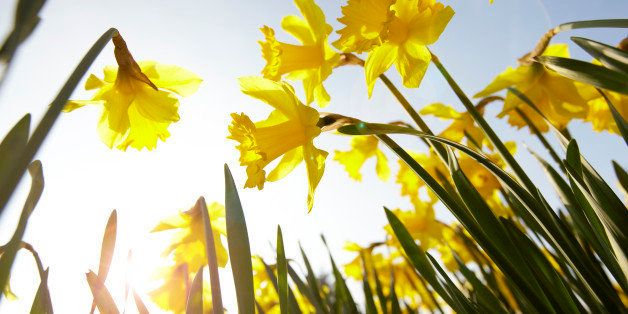 Despite all of the children adapting so well to home learning in January and February, we were all thrilled when we could be back together learning from one another in school.

The children were enthusiastic to get straight down to the work and routines they missed so much and so we launched into our curriculum as follows:

English:  We explored the genre of poetry by examining different types of poems, those that rhyme and those that do not. We wrote our own ‘Acrostic’ poems on the theme of a ‘Party’. We are now back around to the ‘recount’ genre of writing and hope to build on our writing skills of same.

We started a new class novel ‘Bill’s New Frock’, which as well as proving entertaining, challenges gender stereotyping among primary school students. A lively philosophical discussion was enjoyed on whether it is ever okay to steal after reading ‘This Is Not My Hat’ by Jon Klassen.

And of course, World Book Day caused great amusement as we tried to guess who the masked readers were, posed with books we committed to reading using green screen technology, and subsequently completed books reviews at the end of the week.

Gaeilge:  The children took to the theme of ‘Eadaí’ (Clothes) easily, the pronouns ‘orm, ort, air, uirthi’ and had fun MC’ing fashion shows in the classroom by describing the colours and items of clothing our models were wearing. They dressed Saint Patrick in Irish too! We have since moved on to theme ‘Sa bhaile’ (At home), at which they are excelling!  Seachtain na Gaeilge was enjoyed by learning an Irish céilí couples dance, called the ‘Siamsa Beirte’, which we danced to Foster and Allen’s rendition of ‘The Bluebell Polka’.

Maths: We hit the ground running with our Maths curriculum and explored Weight, Time and Spatial awareness. The children used a variety of weighing scales to become familiar with grams and kilograms. They learned how to read and write the digital time in hours and half hours and spent time understanding quarter to and quarter past on the analogue clock. They coped well with the language of direction and orientation and enjoyed this unit a lot as it connected nicely with our orienteering and outdoor adventure lessons in PE.  Among other learning activities, the children worked in pairs to identify a location on the school campus from a close-up photo, collect a control in the form of a letter and record it on their control cards to unscramble the anagram ‘Ducklings’.

SESE & Art: Katherine’s Grandad John kicked off our history and Geography lessons on Electricity with a beautiful, recorded recount of his life up to the age of 12 in Wexford living without electricity. The children were enthralled and learned about ways things were done before electrical gadgets made life easier for us. They went on to construct their own Electrical items from the past, present or future using a selection of ‘joining methods’ from recyclable materials and present their constructions to the class.

This week we completed a unit of learning on ‘Buildings’, by understanding the building process and materials, the roles of the architect and builder and studied timelines and plans for housing builds. The children were then commissioned with the design of a new extension for our school to accommodate an extra junior infant class!

Tommy created so much curiosity and excitement amongst the two 2nd Classes with the arrival of 12 beautiful duck eggs in an incubator. We seized the opportunity to explore the life cycle of a duck and paint decorate Easter Eggs inspired by abstract Austrian artist Friedensreich Hundertwasser. Our introduction to abstract art occurred in the first week of March by studying the work of Swedish female artist Hilma af Klint. Some of the children made Mother’s Day cards for the remarkable women in their lives in the style of af Klint’s work.

Learn Together:  Embracing Spring, the children planted cucumber seeds in pots. Once we can be assured of 18 degrees in our geodome, we will transfer them from our classroom window sill into the raised beds and record their progress. We also learned all about the belief system Hinduism, its festival of Holi and enjoyed respectfully discussing the concept of reincarnation.

All that is left is for me to wish you a lovely two-week break.

The Darling Buds of May – Áine’s 2nd Class

This website uses cookies to improve your experience while you navigate through the website. Out of these cookies, the cookies that are categorized as necessary are stored on your browser as they are essential for the working of basic functionalities of the website. We also use third-party cookies that help us analyze and understand how you use this website. These cookies will be stored in your browser only with your consent. You also have the option to opt-out of these cookies. But opting out of some of these cookies may have an effect on your browsing experience.
Necessary Always Enabled
Necessary cookies are absolutely essential for the website to function properly. This category only includes cookies that ensures basic functionalities and security features of the website. These cookies do not store any personal information.
Non-necessary
Any cookies that may not be particularly necessary for the website to function and is used specifically to collect user personal data via analytics, ads, other embedded contents are termed as non-necessary cookies. It is mandatory to procure user consent prior to running these cookies on your website.
SAVE & ACCEPT